Economy Effect On Hiring a Nanny? 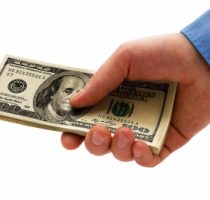 Time Frame of the Economy Affect on Hiring Nannies

Prior to the Recession:

Before the recession, most nannies have experienced professionals who had been doing it for years… but when the economy took a dive, many women became nannies solely to pay their bills. We saw many office and admin assistants and telemarketers step into the nanny world only to make ends meet. On the flip side, during this time, many nurses and teachers who lost their jobs took up an interest in the nanny profession. This created an assortment of women, ones who were looking to get into the field as well as the ones who had been there for many years working as nannies. It was very hard for career professionals to compete with nannies who were willing to take much less, especially when families couldn’t afford to pay what they were paying in better times. Impact During the Recession:

During the recession, there was a huge decrease in nanny jobs due to many parents being laid off, thus being unable to afford a nanny any longer and deciding to have one parent at home. Many self-employed parents saw their monthly earnings diminish and consequently had to let their nannies go. Many families had a grandparent become the new nanny or made a deal with a friend to swap the children when the other was working.

Luckily, the nanny industry has been improving over the past few years and seems to be getting back to where it was. There are many more nanny jobs out there and the pay rate for jobs seems to have gone back to what it was prior. This is a great sign for the economy and the nanny industry as a whole. According to the 2017 INA Nanny Salary & Benefits Survey, the average hourly rate is $19.14/hr and the median rate is $18/hr. In big cities like Los Angeles, San Francisco and New York City nannies can expect to make upwards of $20-$30/hr.

NannyCare.com and the slogan "We put care in finding a nanny" are registered trademarks

NannyCare.com does not employ any caregiver ( nanny, babysitter, newborn specialist, elderly caregiver or housekeeper ) listed on our site and accepts no responsibility for provider's (client, family, user, parent) selection of a caregiver, or for any caregiver's conduct or performance. Provider is ultimately responsible for selecting a caregiver and for complying with all applicable laws that may apply when employing a household employee. Provider is fully responsible for their caregiver selection, checking references, interviewing and screening applicants and interpreting the background check results. NannyCare.com's screening services and background checks are not a substitution for a provider doing their own thorough screening. Caregivers should never be hired on the spot or without being interviewed in-person first. Our site provides an abundance of helpful tools, articles and resources to help families make smart, safe hiring decisions.